tecnoswiss is the trade association encompassing the majority of companies operating in the Swiss machine-tool and timber-processing machinery business as well as in the related tool business.
The area in which the association members sell their goods is predominantly Switzerland and the Principality of Liechtenstein. The machines and tools are mostly imported from all over the world, but products of Swiss origin are also marketed through tecnoswiss members.
The association was founded in 1921 as a co-operative as defined in Articles 828 et seq. of the Swiss Federal Code of Obligations (OR). It is entered in the Commercial Register.
tecnoswiss is affiliated to the umbrella association VSIG Swiss Trade, Basel. Moreover, tecnoswiss ist member of CELIMO, the European federation of national associations of machine tools and tool venders. 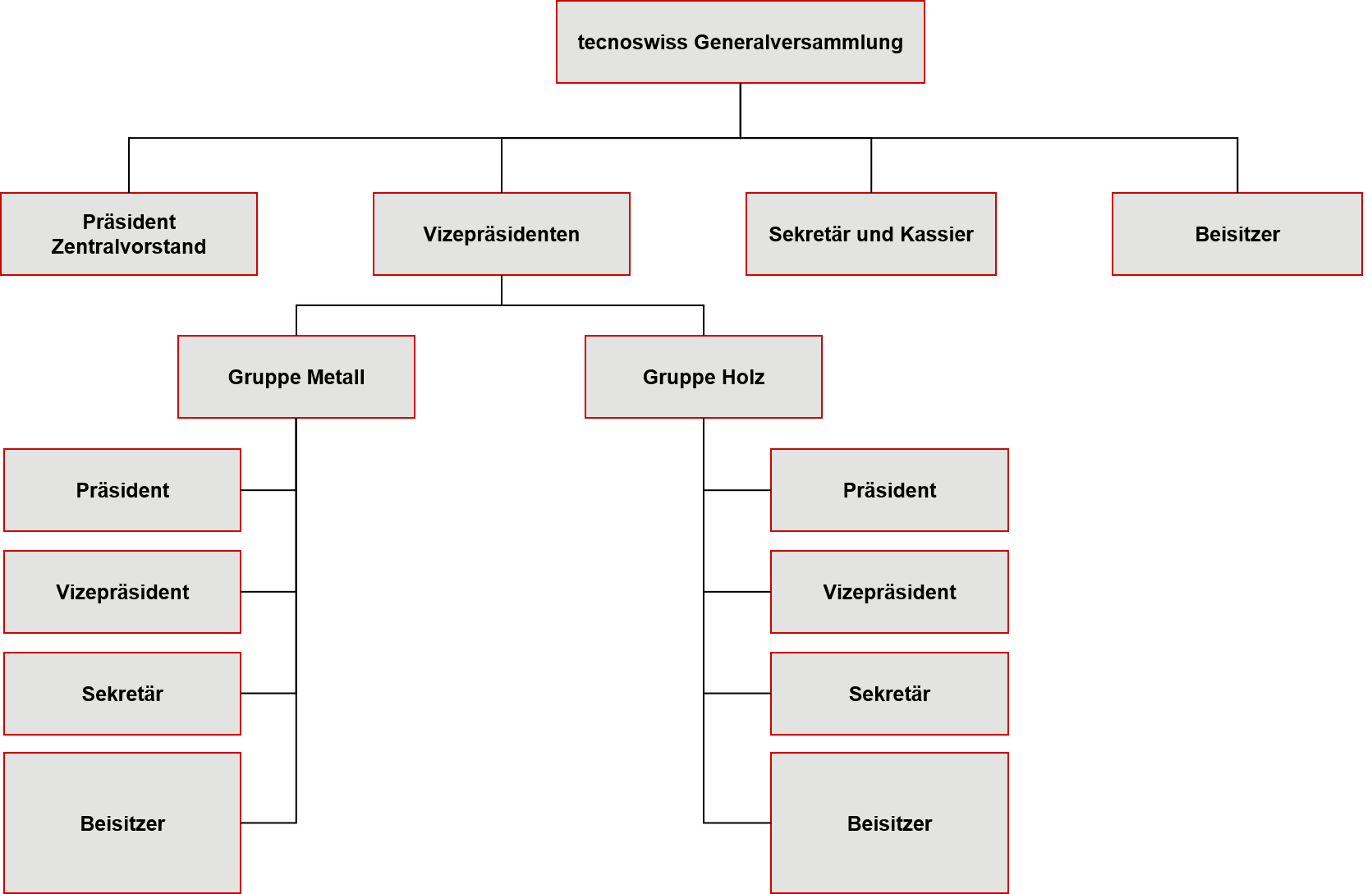 Our responsibilities and aims

The association has the task of promoting the commercial interests of the trade in machinery and tools for metal and timber processing in Switzerland, combating unfair competition, encouraging correct and fair dealing between members, and also collaborating actively in the organisation of trade fairs (Article 1.1 of the Articles of Association). tecnoswiss represents the interests of our national association and its members in both national and European associations (e.g. VSIG Swiss Trade and CELIMO).

Our members include commercial companies which carry either machine tools, timber-processing machines or tools in the product range they offer.
Task and duties: As the link between manufacturers and purchasers, the general representative has the task of representing the interests of the manufacturer, but on the other hand, he also has the duty to support the legitimate concerns of his Swiss customers vis-à-vis the – mostly foreign – suppliers.